In the above video Prof. Sucharit Bhakdi, the world renowned Microbiologist and author of the best selling book Corona-False Alarm, explains the reasons for blood clots in vaccinated people. He warns of catastrophic consequences from the mass vaccination campaign.

Piers is a veteran campaigner, political activist and scientist.
He has led campaigns on housing, transport, jobs, student rights, and climate realism. And over the past year he stood up against dictatorial powers imposed in the name of coronavirus.

My report on the election result to all supporters

Your dedication and determination was amazing! Thank you all campaigners and voters who backed us in this very important election.
Our principled Let London Live campaign is the one which despite BBC/media blackout and tiny funding made a significant impact against the COVID impositions, the New World Order and fraud.
To cap it we delivered a final blow at the very end when I challenged Khan at the City hall results speeches and rallied outside City hall.
Our final result for London Mayor was: 1st preference 21k and 2nd pref 34k, making 55k (54,959) people voting for us 1st or 2nd – for a principled fight to stop the new world order. That is a lot!
Our GLA constituency local candidates and London-wide list candidates also made a significant, similar, impact.
We didn’t make the breakthrough we wanted but nevertheless it’s recognised (eg by other parties) that Let London Live made a significant change to the political landscape in London and beyond, and note, this is the beginning of more action.
We were well ahead of many, and close to others who spent massively more, and who got significant free media promotion.
Turnout and support for the traditional parties was down but the majority of voters still got stuck in the Labour v Tory game for now.
Crucially we are up against the biggest ever psyop – the mass vaccination campaign – which has mentally imprisoned millions into desperately needing to believe in the vaccines and the false narrative. We underestimated this.
This blocked our advance but the contagion-fear narrative will suffer massive blows as more suffer and die from vaccines and another lockdown looms. It appears that some in the Covid-hysteria establishment want one as soon as Sept. We must be ready.
So again thank you to all; and on with the struggle and action for our campaign demands and principles!

Piers Corbyn: A Life Standing up for Londoners 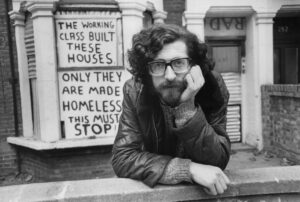 For this, he has been attacked, vilified and slandered by the power that be. He was placed under surveillance by the police and Security Services from 1971. Targeted by Scotland Yard’s Special Demonstration Squad for 20 years, Piers is a key witness at the current Undercover Policing Inquiry launched following revelations in 2015, that police spies had infiltrated campaign groups by establishing fake, manipulative and disgusting relationships with women activists – causing life-long trauma and pain for the women who were abused and raped – as well as for the wives of the officers involved. 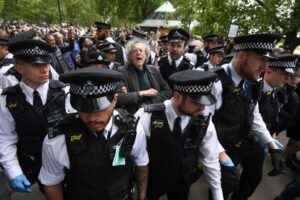 Piers Corbyn: Victory Against all Odds

In the 1970s as leader of the squatters movement thousands of people were granted permanent council tenancies. When he was a Labour Councillor in Southwark (1986-1990) Piers led the council-business consortium board which built the waste-to-energy station SELCHP on the Southwark-Lewisham-Greenwich border. He has fought against the privatisation and demolition of council housing across London for decades.
He organised the very first protests against the dictatorial powers imposed on all of us in the name of Coronavirus for which he has been arrested 11 times, often being dragged away in handcuffs and kept in cells for up to 24 hrs. 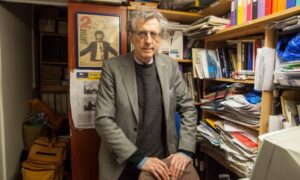 Piers is an accomplished and internationally-renowned scientist – astrophysicist and meteorologist – and runs www.weatheraction.com the long-range weather forecasters. He is unafraid to stand against the stream on Climate Change theory. Piers maintains that the common sense notion that the sun is the main force governing the climate on earth is scientifically accurate and verifiable. He holds that the CO2 level is mainly determined by changes in temperature rather than the other way around. Piers is willing and eager to debate any issue that is dear to his heart, no matter how controversial; and for this he is slandered in the mainstream media and labelled as a so-called conspiracy theorist. Piers often jokes that “yesterday’s conspiracy theory is today’s reality”.

Piers Corbyn stands by his brother despite disagreements 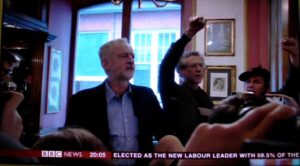 When Piers’ younger brother Jeremy Corbyn MP ran for Labour Party leader, Piers helped his campaign even though he had left the Labour Party himself. When Jeremy won, Piers stood alongside him.
Every honest person, no matter what colour their politics, knows that that Jeremy Corbyn was unjustly attacked, slandered and vilified. He was labelled a terrorist sympathiser, Anti-Semitic, and an enemy of the people by the ruling elites in Britain and internationally. A serving General even warned that if Jeremy Corbyn became PM there would a mutiny in the army.
Although Jeremy tried his best to stand his ground, sinister forces, in the media, and the establishment, and traitors inside the Labour Party, eventually managed to undermine his authority and to sabotage his leadership. This  resulted in Labour’s election defeat in 2019.
The establishment threw all its weight behind Keir Starmer’s bid to to replace Jeremy as leader. When Starmer won the leadership vote he immediately cooked-up the usual Anti-Semitism lies, in order to expel Jeremy from the Parliamentary Labour Party. Now the Labour Party is once again in the safe hands of puppets of the ruling elite.

Piers Corbyn and the Let London Live movement demand an immediate end to all lockdowns and restrictions imposed on the people in the name of fighting a coronavirus.
If elected as Mayor of London Piers Corbyn calls on the people of London to refuse to abide by coronavirus restrictions on freedom, life and liberty.
He said: “I will instruct the Metropolitan police to stop enforcement of all coronavirus rules and regulations in London. Our city will stand up as a beacon of hope for the people of the world.”

We call on thinking people everywhere to stand up for truth, democracy and accountability. We stand for real scientific debate which must be based on open critical debate, where no ideas are taboo, forbidden or censored.
We demand TV, Radio and online debates between all candidates for Mayor of London and the London Assembly. What are they afraid of?